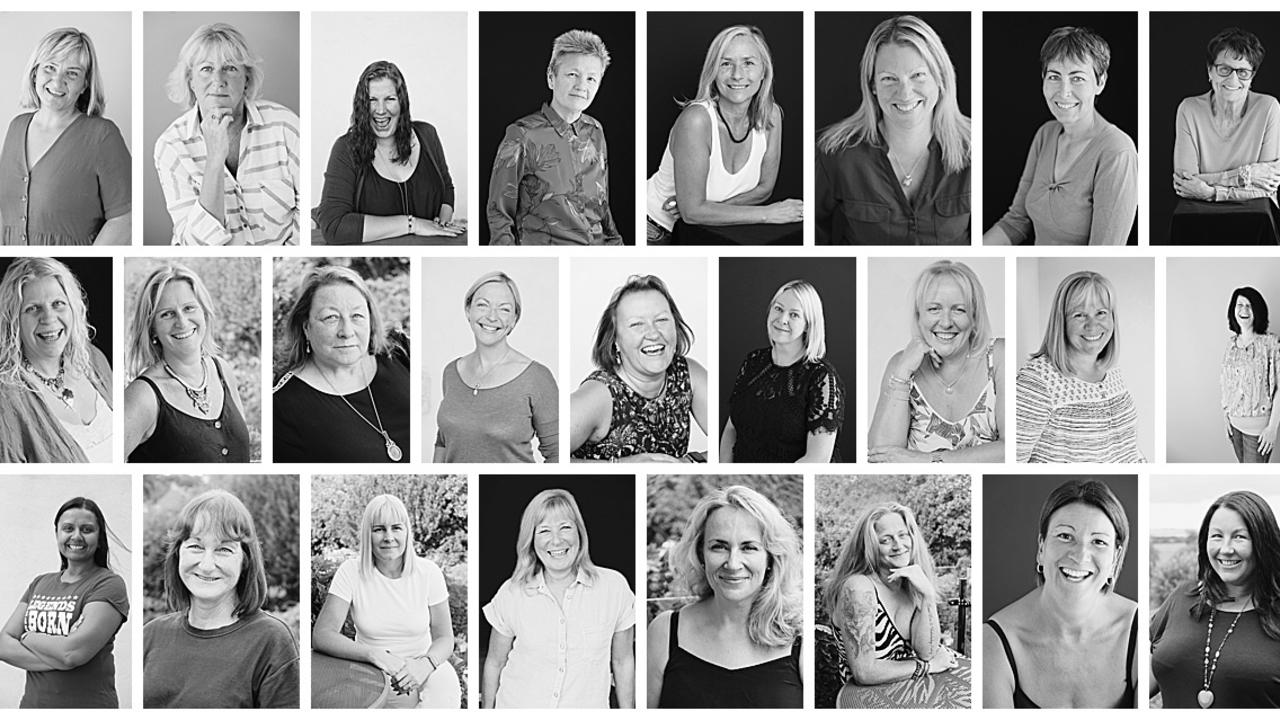 Just to be clear, this was never meant to be "anti" make-up, or those who wear it. Many of the women who have taken part wear make up on a daily basis. The point of the project was to show midlife women as they are naturally, without any cosmetic enhancements. For us to be seen and heard, exactly as we are. And damn, are we hot!

We don't see many bare-faced women in the media. In fact, apart from classicist and author Mary Beard, who several years ago presented her TV show sans make up (and who was roundly castigated by AA Gill and the Twitterverse for doing so) and Charlotte Smith who appears on the  BBC's Countryfile without make-up and in glasses (shock, horror!) I can't think of any.

Which brings me to the question: what is a woman "supposed" to look like? How did we get to the stage in our culture where some women feel  that to show their bare face in public is an affront to decency? Why do some believe that taking part in this project and thereby revealing themselves and their age spots and their unmascara'd eyelashes to the world is "brave"?

I suspect that it ties in with the inexorable growth of the veneration of youth. Bombarded by bitchiness in certain quarters of the media (long lenses documenting our every lump and bump on the beach, creating images on front pages screaming "look how she's let herself GO!"), surrounded by ads for "anti-ageing" this and "preventative" that, we are expected to want to look youthful and dewy forever.

"You look good for your age" has become the ultimate compliment. Is it though? Isn't it, rather, a backhanded slap in the face? What is wrong with looking 45, 57, 69 and more? When did we begin to feel ashamed of growing older? Honestly, it breaks my heart.

It breaks my heart because, as a professional portrait photographer whose clientele tends to be women 40 plus, I see the harm it does. Feeling invisible as we age is one thing, feeling less, as if you have failed as a woman because your eyelids are sagging a bit and your lips are a bit thinner is another.

Make-up can be great for giving us a lift, making us feel brighter,  adding a bit of polish perhaps. But you know what? You're ok, just as you are. Just as competent as your (bare-faced) male colleague, just as valuable as the fresh-faced college grad who sits across from you.

Speaking of that young woman, don't you think we have a responsibility to counter the instagram filtered expression of beauty with which she was raised?

Climbing back down off my high horse, I am now writing the text for the book, have engaged a book designer to...er...design it and it will be available too pre-order soon. I am also preparing for the Exhibition, which has been booked for 6th March 2020.

Professionally, that will be a proud day for me. Personally, I am just so happy that this project has brought so many of us together and that it has turned into the celebration of mature womanhood that I always envisioned it would be.

**STOP PRESS** YOU CAN NOW PRE-ORDER YOUR SIGNED COPY!

You can send YOUR no make-up selfie via the website - but hurry! I can only take submissions for the book and Exhibition up until 30th November at 10pm (GMT)

Videos and portraits will continue to be featured on the Facebook Page and Instagram - do Join us there!